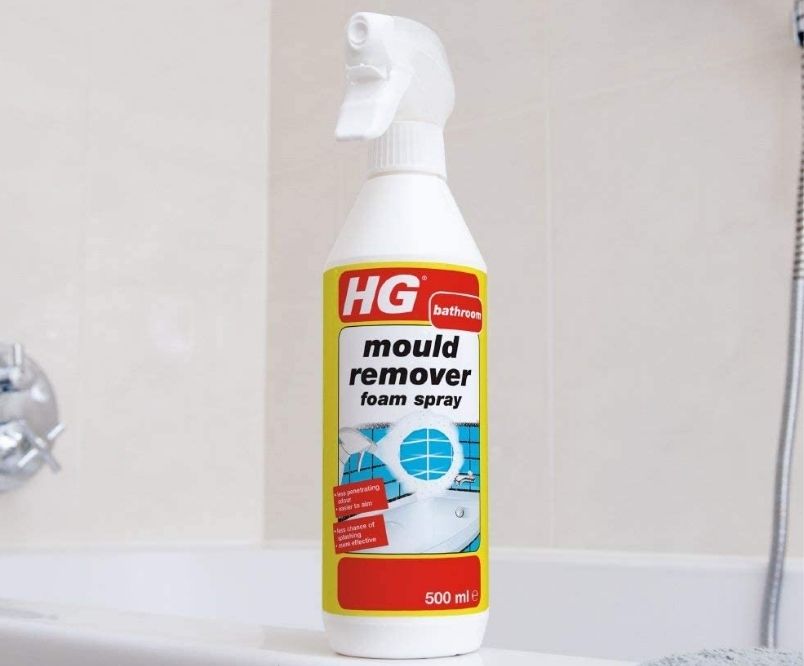 The Best Mould Remover of 2022 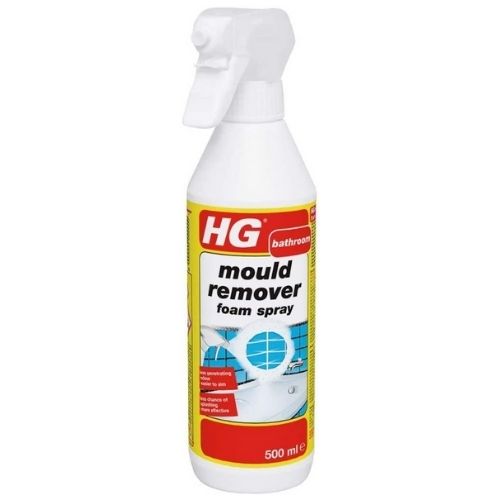 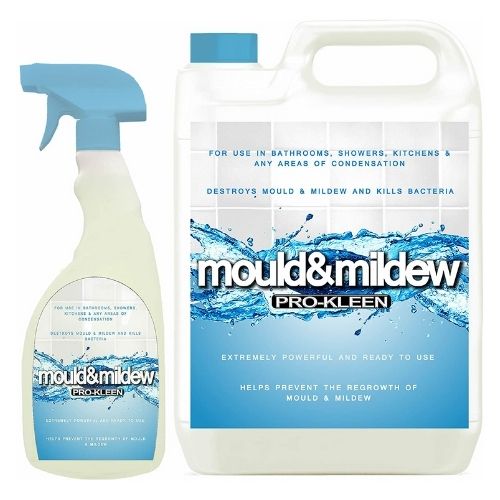 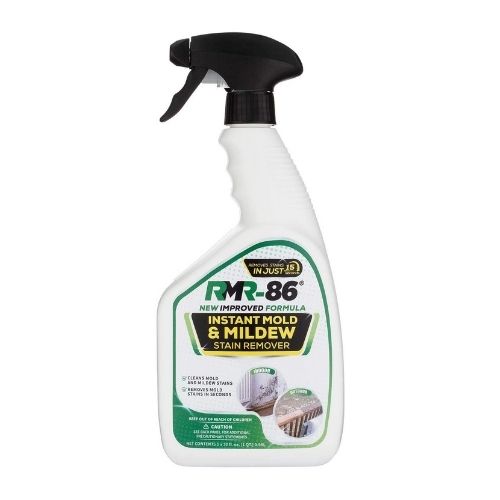 Besides giving your walls and tiles an unsightly appearance, mould can also affect you and your family’s health. You don’t have to wait to see the spores sprout all around the house to start preventative measures, and if you do have a mould infestation, it is possible to get rid of it fairly easily.

The solution is to find the right products that are formulated to be tough enough to banish mould from your home or bathroom. We have done the heavy lifting and explored the internet to come up with this list of some of the best mould removers in the market. Let’s get into it. 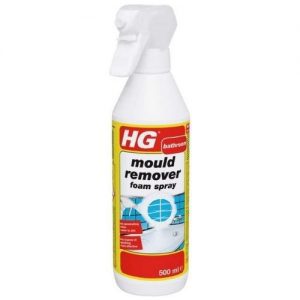 The HG Mould Remover Foam Spray consistently ranks high up on the list of the best mould removers and mildew cleaners. The reason is simple – it works and won’t break your bank. Whether you are dealing with grout on the walls of your shower cubicle, plaster, or pretty much anywhere else around the house; this mould spray effortlessly eliminates mould and prevents re-growth.

The foaming action is effective in getting into all the hard-to-reach places or tricky spots like the area around the window or grout lines. Foam is also less likely to run or splash around making the product as precise as they come. Not to mention, HG is a known and respected brand in the cleaning space and always finds itself on our top lists. 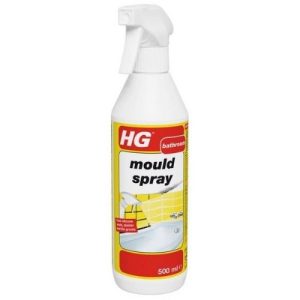 The HG Mould Spray provides an effective and efficient solution for removing the stains left behind by algae, fungus, and mould. These black and brown stains are even harder to tackle when they are left on tile edges, the silicon seal on the bathtub, plaster, or shower cubicle. The process starts with spraying the target area and giving the product about 30 minutes to work its magic.

Wipe down the area afterwards and voila, you’ll once again have a mould/mildew-free surface. Better still, the HG Mould Spray also removes stains on plastic worktops and doesn’t have a strong smell like many other mould cleaning products on the market. 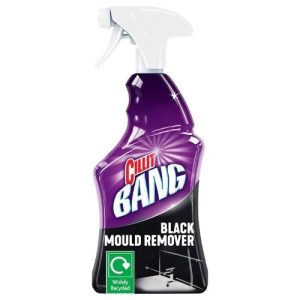 The Cillit Bang Black Mould Remover promises to be your newfound weapon against greasy dirt and fungi that attack your household. It has a strong formulation designed to effectively rid your tiles and grout of black mould, while also removing any stains left behind.

The results are visible in a matter of seconds without the need to scrub the target surface. This product is suitable for use in areas prone to dampness, as well as other areas where mould is observed. It’s an equally effective disinfectant, and the spray bottle mechanism gets the solution through to the trickier spots of your bathroom. 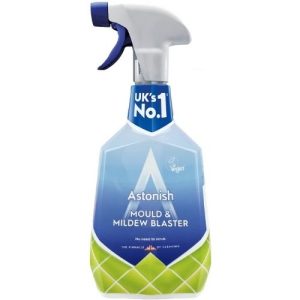 The Astonish Mould & Mildew Remover is specially formulated to be extra tough on black mildew and mould stains. It has a powerful bleaching action that also kills 99.9% of mould and bacteria. The quick-use spray mechanism is simple to use and there’s no scrubbing needed with this product.

Given that it’s an equally effective cleaning agent, regular use prevents mould & mildew regrowth. The Vitreous Enamel Association has given the product its stamp of approval. That means that the Astonish Mould Remover is suitable for use on vitreous enamel surfaces as well as your walls, window frames, shower cubicles, grout, and concrete. 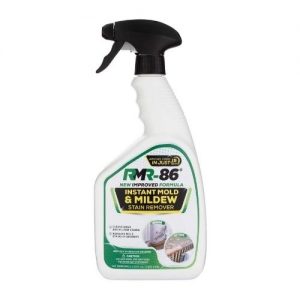 The RMR-86 Instant Mould and Mildew Stain Remover Spray does precisely what it promises. It gets deep into the surface and rids surfaces of the ugly stains left behind by mould and mildew. Even better, the fast-acting spray doesn’t only provide a deep cleanse but also frees your bathroom or shower of that musty and damp smell.

You don’t need to put some muscle into the process because the RMR-86 comes with a ready-to-use formula that doesn’t need any scrubbing. The solution is safe to use on bathtubs, drywall, brick walls, tiles, decks, and vinyl siding as well as other surfaces that are prone to mildew and mould growth. 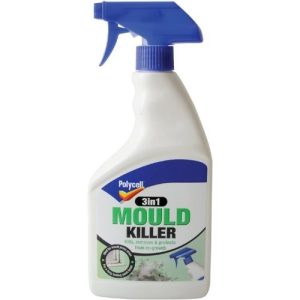 The Polycell 3-in-1 Mould Killer Spray is a powerful fungicide that removes mould around the household. It also prevents regrowth in a single application and is ideal for use before painting walls as well as other surfaces. Packaged in a spray bottle, it’s easy to use on target areas without having to worry about it landing on unwanted surfaces.

The solution is ready-to-use and you don’t need to dilute it with anything else. You also won’t need to do any scrubbing because the formulation is effective enough to lift and remove deep-set mould stains. You can use it on silicone seals, painted walls all around the house, drywall, and vinyl surfaces. 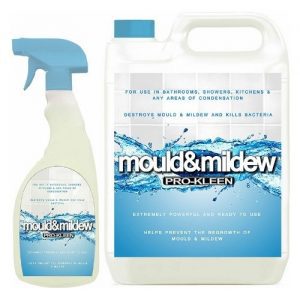 If your bathroom has a mould problem or you are left to deal with the brown or black stains they leave behind; the Pro-Kleen Mould & Mildew Spray can handle the job. It’s a powerful cleaning agent that you can use all around the house or bathroom to also tackle algae and fungus. That includes areas with silicone seals, tile edges, and plaster.

Besides just cleaning and getting rid of mould, the Pro-Kleen unique formula is also equipped to prevent regrowth. You won’t need to keep applying the Pro-Kleen Mould Remover every few weeks because its regrowth-prevention abilities work for up to 6 months. 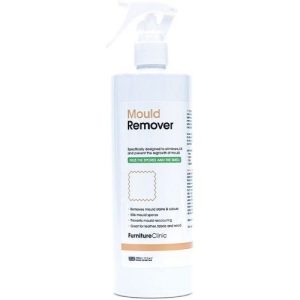 Besides the surfaces around the house, mould can also attack your shower curtain, towels, clothes, and other possessions. The Furniture Clinic Mould Remover Spray is the solution to handling this problem. It eliminates mildew and mould on contact making it one of the fastest-acting mould removing agents in the market.

Beyond just getting rid of mould it also prevents regrowth and also works as a deodoriser meaning that it removes smells associated with mould infestations as well at removes them. It’s safe to use on fabric, wood, and leather as well as on indoor and outdoor furniture. It’s a multi-purpose Mould Remover and you can also use it on grout, tiles, and silicone sealants.

What is the best product for removing mould?

After researching all the greatest mould removers online, we have found that the best product to be the HG Mould Remover. This was because it was very popular online with over 16,000+ reviews, likely thanks to its powerful formula, low cost, as well as its effectiveness. We looked at all the top retailers like Screwfix, Wilko, Argos, Toolstation, Wickes, Asda, Tesco etc to check their mould cleaner range and reviews.

Is mould remover the same as bleach?

No, mould remover is not the same as bleach. Conventional bleach simply changes the colour of the fungi giving a surface illusion that the problem has been handled. Mould removers are specially formulated to, not only kill mould and mildew, but also get deep into the surface and lift the stains they leave behind.

Yes, most mould removers can effectively remove the common types of mould found around the house. However, there are dangerous types of mould that require professional intervention. The reason you want to call in the experts is so that they can also identify and address the underlying issue that sparks its growth.

What is best for black mould?

Most, if not all, of the mould removing cleaners on this list, are suitable for black mould. The Cillit Bang Black Mould Remover, for example, is the product you can use to deal with fungi, greasy dirt, and black mould stains. Its strong formulation kills black mould on grout and tiles while also removing the resulting stains. This product is also a great product to use for mould regrowth prevention.

The RMT-86 Instant Mould and Mildew Stain Remover is your best bet when you want to instantly get rid of a fungi problem. It comes ready to use and kills mould on contact while also dealing with the resulting stain. The mould remover also has deodorising capabilities that remove unwanted odours.

Is it safe to clean black mould yourself?

If you have the right equipment (e.g. a good pair of cleaning gloves), it is well ventilated and the area is small enough, you can clean black mould yourself. However, if it is quite a large area of black mould then it can pose a problem and is wise to have the professionals safely handle the problem before it gets out of control. However, you can use a black mould remover to prevent regrowth and also deal with the stains that are left behind.

Is vinegar or bleach better for killing mould?

If you do not have access to a mould removing product, then vinegar is better than bleach. This is because vinegar has anti-fungal and anti-bacterial properties. Bleach only deals with surface mould and it doesn’t get at the membrane as well as spores. Regrowth is highly likely in the instance of using bleach for mould removal. This is why it is always recommended that you use a specific product designed to tackle mould, like any of those listed above.

The Best Toilet Cistern Blocks in 2022 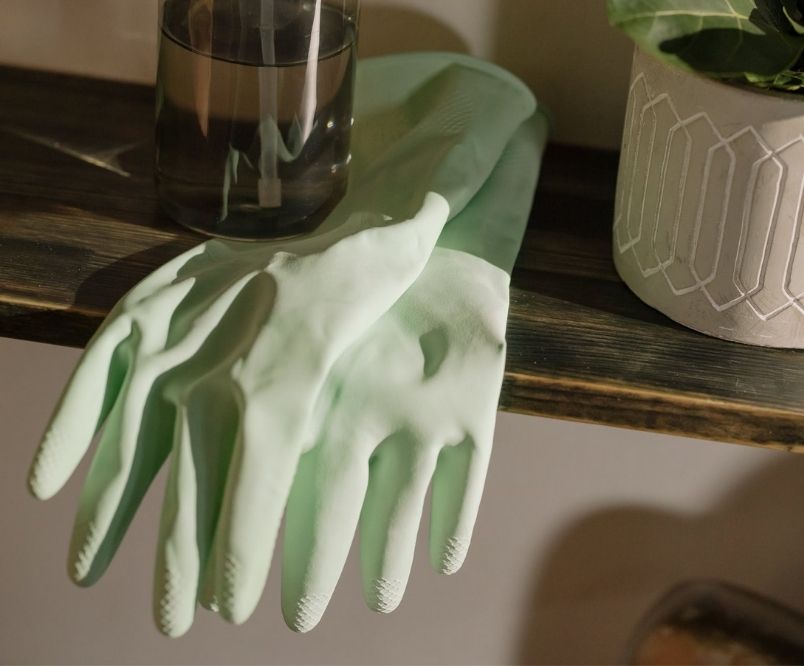 The Best Cleaning Gloves in 2022 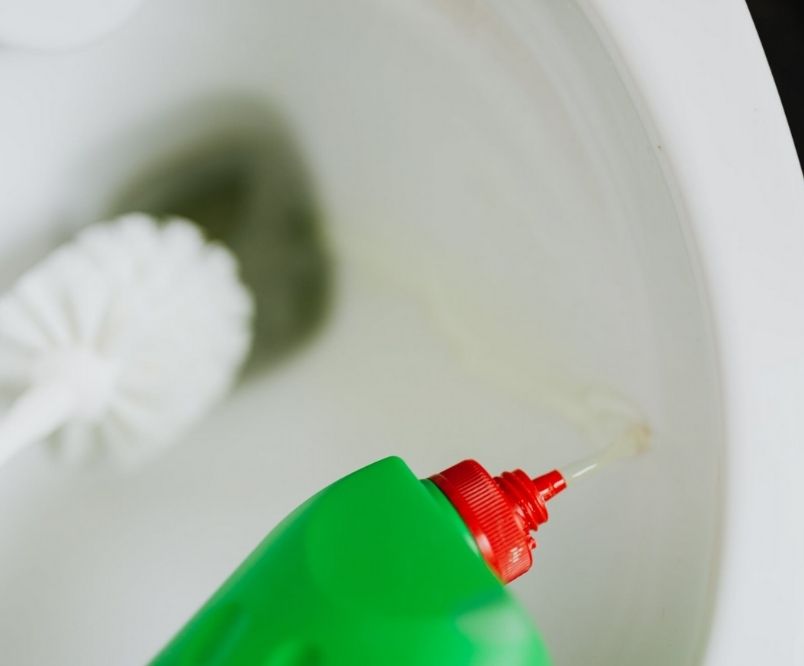 The Best Toilet Cleaner in 2022 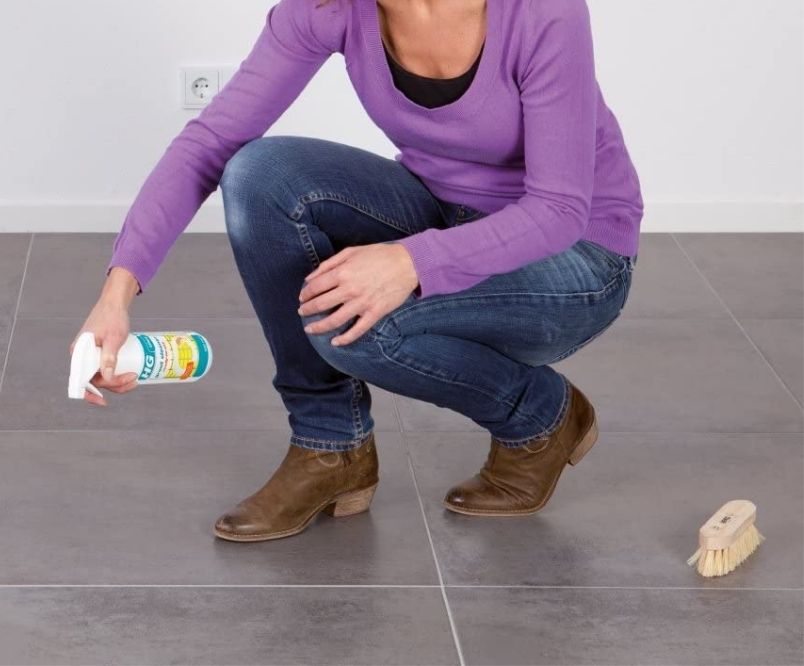 The Best Grout Cleaner in 2022 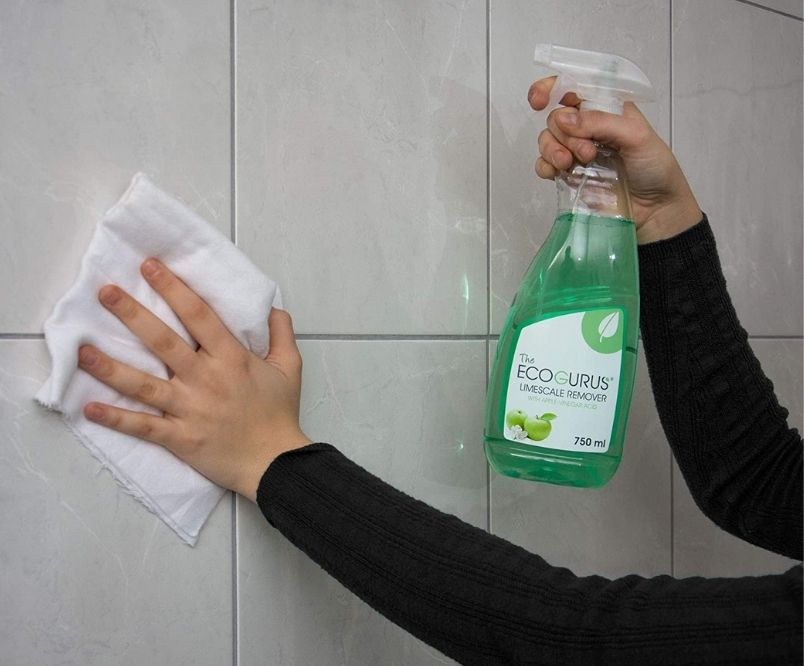 The Best Shower Cleaner of 2022 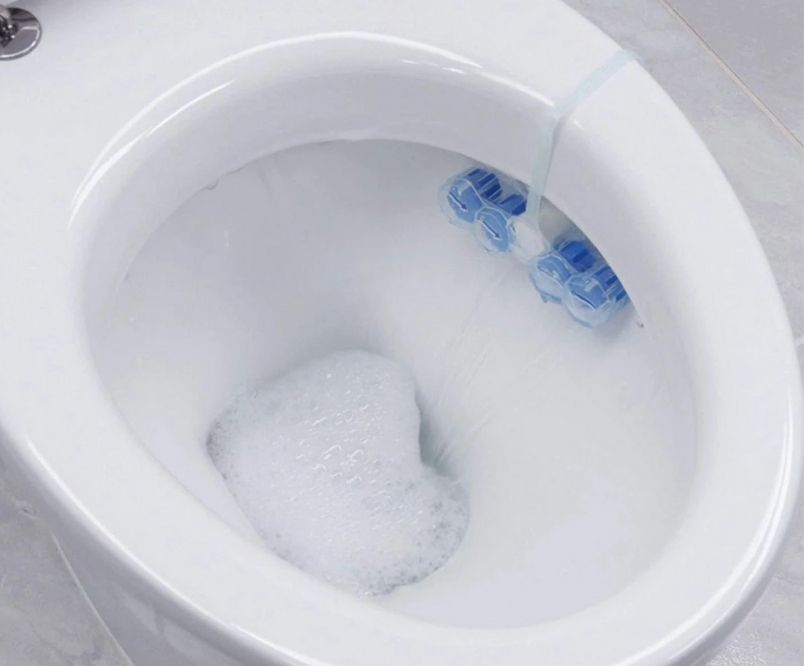 The Best Toilet Rim Blocks in 2022