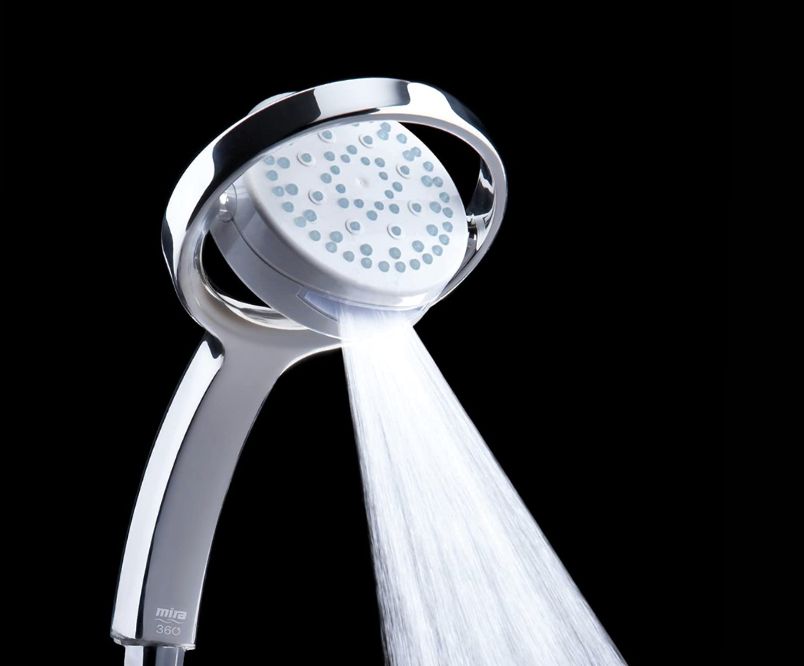 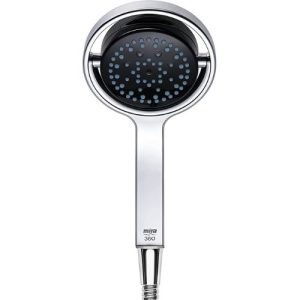 The 360 comes in two colours – White/Chrome and Black/Chrome. Both have really nice, cool blue nozzles which, in my opinion, look amazing with the black Mira 360 design. Cleaning the Mira 360 is easy, thanks to its rub-clean face and nozzles. Naturally, this shower head is universally compatible with any shower hose. With that said, this model is designed specifically for digital or mixer showers.

Without any further ado, let’s get into our full review of the Mira 360.

The Mira 360 has four spray patterns to choose from; Rain, Burst, Cloud, and Storm. Just like the Mira Switch, this shower head has a unique method of selecting spray patterns – enter Mira Flipstream technology. In order to select one of these 4 spray patterns, you simply flip the shower face and it activates the new pattern. This is another interesting design by Mira as typically with other shower heads you’d rotate the shower face itself in order to select a new pattern.

This shower head has a massive 130mm spray face, which ensures much greater coverage. The spray face itself is made of silicone which reduces the build-up of bacteria while also looking sleek and modern. It is also rub-clean, and so are the nozzles, making cleaning the Mira Switch shower head extremely easy.

Also, as well as the typical chrome colour, this shower head is actually available in white too, ensuring you can match whatever decor you have in your bathroom or shower. The connection point itself is universal, meaning it will connect to most shower hoses on the market (Standard 1/2″ BSP connection).

The design of this shower even won the Red Dot Award in 2016 for “best in class for Product Design” and was placed in the Red Dot Design Museum, based in Essen, Germany.

To give you a visual representation of the Mira 360 shower head, here is a video of it in action.

The 360 comes with a one-year warranty, ensuring that it can be purchased with confidence and peace of mind. It is important to mention that this warranty only covers domestic installations. For non-domestic installations, it is best to get in touch with Mira to find out more.

The Mira 360 has been reviewed many times online by verified customers that have provided genuine feedback. Click below to read the verified customer reviews in order to make an informed decision.

What’s Included in the box?

Verdict: Should You Buy The Mira 360?

The Mira 360 is a top shower head and definitely one you should consider if you are looking for a replacement – for your digital or mixer shower, of course! I think the flipping mechanism for selecting shower patterns is great as it is one, not a very common design and two adds to its appeal. Plus having a decently sized 110mm spray face means you are getting good coverage from just a handheld shower head.

With that said, for its aesthetic, having the four spray patterns, rub clean nozzles, picking the Mira 360 makes perfect sense.

The only downside to this shower head in my opinion is that it is just compatible with digital and mixer showers, which means not everyone can opt for the Mira 360, unfortunately, which is a shame. Also, as it is heavier, you will require a sturdy clamp bracket which means spending a bit more money – though it most certainly will be worth doing so.

Where Should I Purchase The Mira 360?

How do you clean a Mira 360 shower head?

Cleaning the Mira 360 shower head is simple. It is important that you clean the Mira 360 fairly often, especially the spray plate, to make sure that the shower head does not become blocked. Mira advises that many household cleaners contain abrasives and chemical substances, and therefore should not be used for cleaning the plated or plastic fittings. Instead, these finishes should be cleaned using a mild washing-up detergent or soap solution, and then wiped dry using a soft cloth. You can use your thumb or the soft cloth to wipe any limescale away from the soft nozzles, as well as the front surface of the spray plate. 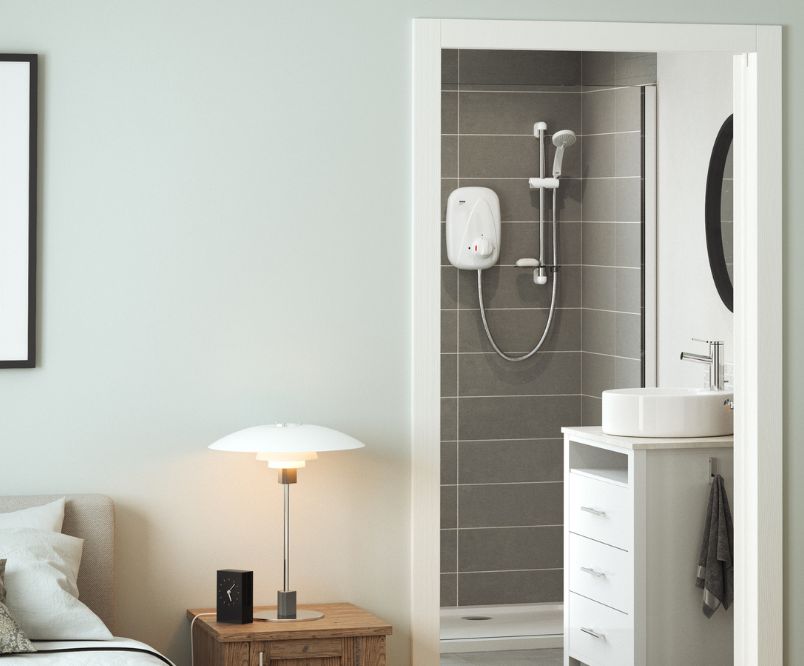 The Best Mira Thermostatic Shower in 2022 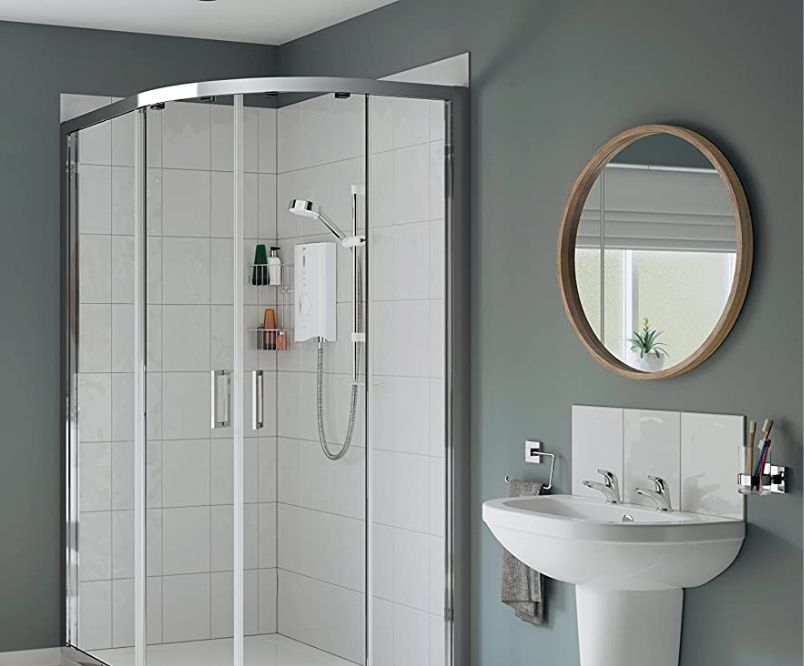 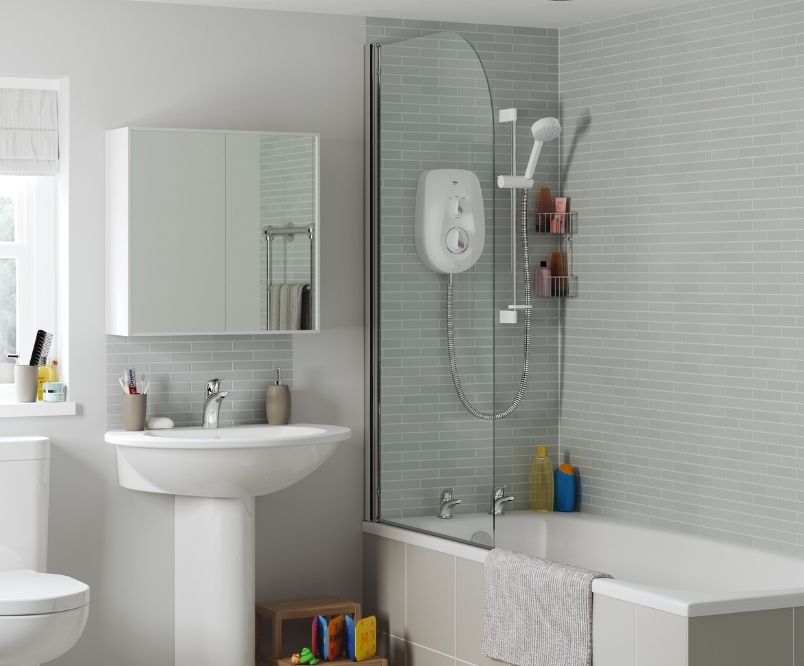 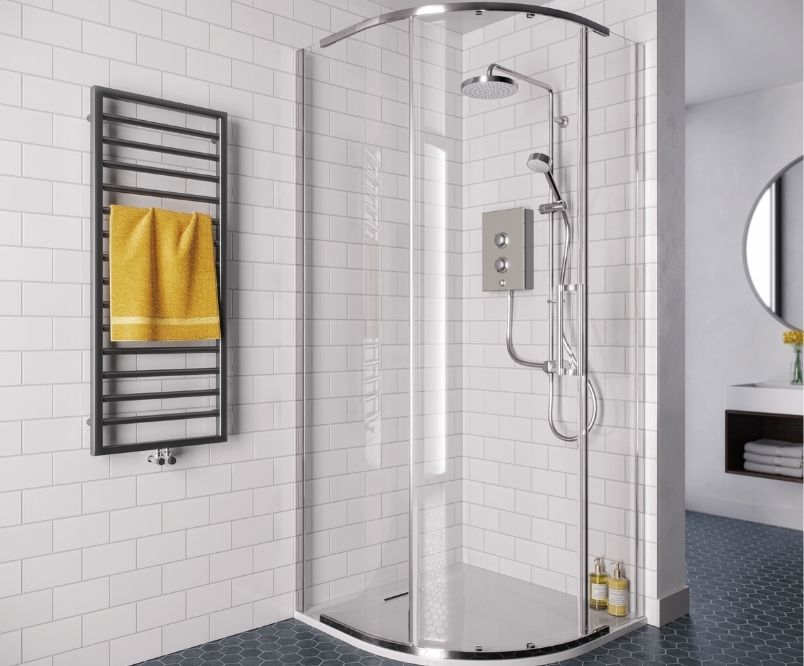 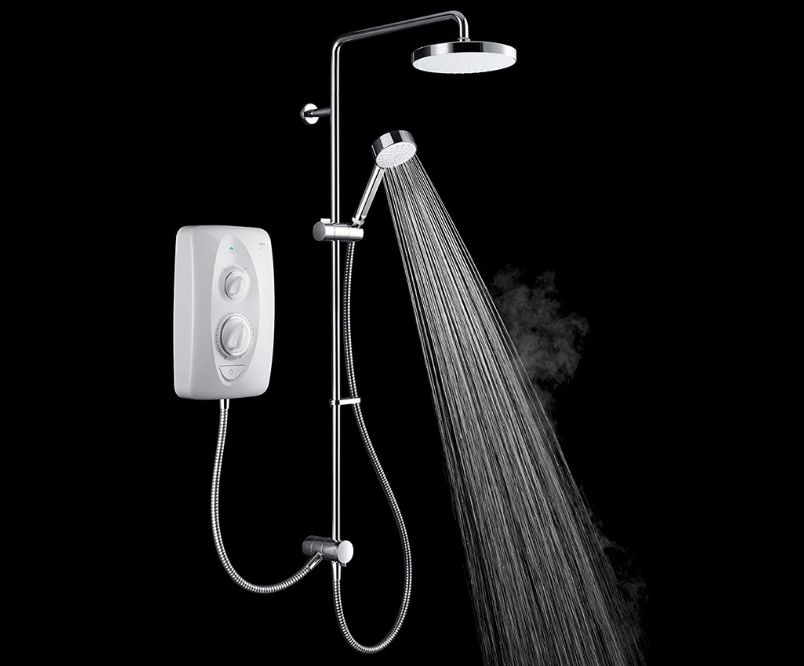 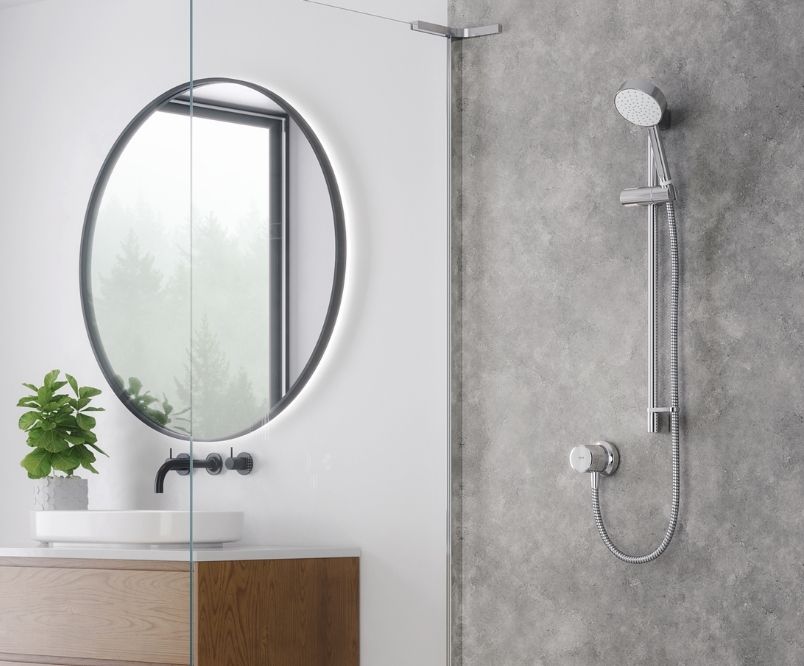